Social media optimization in short SMO refers to the use of a number of social media outlets and communities to generate publicity to increase the awareness of a product, brand and event. Types of social media involved include RSS feeds, social news and some bookmarking sites, as well as social networking sites (such as Portals) and video. SMO is similar to search engine optimization in that the goal is to generate traffic and awareness for a website.

Are you looking for 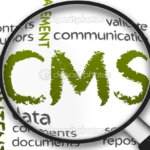