Memes: The funny side of online interaction

In materialistic world, Meme is the best way to interact with audience or to get response from audience in the cyber world.  Meme is a component of culture behavior which is travel from an individual to set of community. Meme may be an image, video, small text etc.

Meme Origin: Meme basically originates in 1970 by a famous ethologist, evolutionary biologist and writer Richard Dawkins (who, additionally, verified that it would be pronounced to rhyme with “cream”) (How to Pronounce Meme). In Dawkins’ book The Selfish Gene, he actually initiates the meme idea as necessary genes in information form. As like a specific set of genes duplicates itself by reproduction, a meme spreads itself whenever a new individual meets the idea, accepts it, and starts to share it with their community, culture etc. He choose name “meme” because he want similar to “gene”.

Meme Example: Everyone know who this is, right?

My Meme: Below images are from the WrestleMania 30, when Brock Lesnar ended the Undertaker’s legendary WrestleMania Streak. The crowd at New Orleans couldn’t believe what they had witnessed because Undertaker consecutively won all of his previous 21 matches at WrestleMania PPV’s and this guy is like he loses everything even his life with his streak. So, I make an opposite meme, he thinks Undertaker is starving help him Brock!

Are you looking for 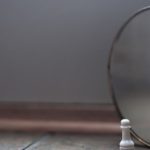